In 2005 we put together more than 5500 Kč as a financial contribution for people struck by the Cashmere earthquake.

In the year 2010 students and teachers of Strejc School of Languages participated in a project of long distance adoption and decided to sponsor Seydouba Soumah - an African boy from Guinea. We managed to raise 17 786 Kč out of which we paid for his school-fees, school uniform and textbooks.

In 2012 our students and teachers showed their generosity once again by collecting a large amount of money enabling Seydouba to pay for the next two school years. We even raised more than was needed and so the difference was sent to the bank account of a local nursing house for abandoned babies. In 2014 we sent another 7500 Kč to pay for Seydouba's school fees.

In 2022 an amazing amount of 67 000 Kč was raised among our students and teachers. The money was sent to three different accounts supporting Ukraine's fight against Russian invaders. 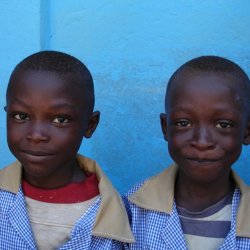 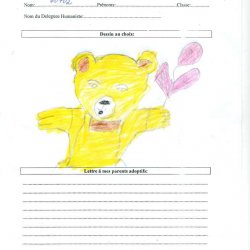 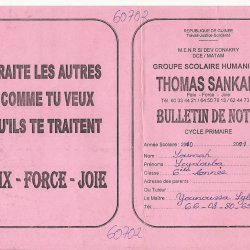